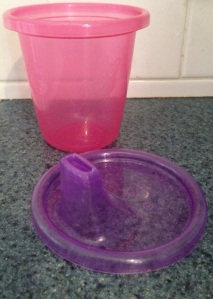 Today I travel to NY for a funeral.  I’ll be staying overnight in a hotel.  Since Jack is still in school, and the kids are really too young to understand grief and loss and the traditions of mourning, I am going by myself.

To some of you, it may sound strange that in nearly seven years of being a mom, I’ve not willingly been away from my family for a full 24 hours.  Of course when I had Emily I was in the hospital for a few nights, and Jack had sleepovers with relatives.  He occasionally sleeps out at the grandparents’, but I’ve never spent a night away from Em.

And she still nurses.

Of course, as I mentioned last week, she is showing signs of weaning.  In the morning, she will only nurse one side.  She sits up after a few minutes and says, “No other side!” then sets to playing or watching Curious George on the ipad.

At night she nurses on one side, then wiggles away to brush teeth, say good night to her father and brother, and generally try to scamper out of bedtime.  I’ll put her in her crib, and she will lie down, but then pop up again and say, “Cuddle mommy.”  Which means she wants to come out and have the other side.  Sometimes she taps my chest with her pointer finger, and says, “Theese side,” with a grave expression, as though she is choosing a bottle of wine.

She only nurses twice a day, but those times are bookends between bedtime and waking up.

I wonder if she will miss me, or if it will hasten her weaning process to miss two nursing sessions with me.

I wonder if I will feel any discomfort from not nursing at those regularly scheduled times.

I stopped pumping nearly two years ago, so there isn’t any freezer stash she can have in a cup, and at this point if I tried to pump I’d likely only get a couple drops, if anything at all, although there seems to be plenty there for Emily when she takes it straight from the tap.  (Babies are far more efficient at getting milk from a breast than a pump is, so not being able to pump anymore is not any indication of supply, BTW.)

I did let her know I would be away, and that her daddy could give her milk in a cup and then she could brush her teeth, but I don’t think she really understood what I was getting at.

I wonder if Jack will behave for his father, and if the children will cooperate and get along with one another in my absence.

It will most likely all go well, and I will be home in time for bedtime tomorrow night.

There is a curious pang in my heart about going away, and especially about being away from my toddler who is almost ready to wean.

How do you handle being away from your children for the night?  Is it hard for you to be away?  Did you ever have to be away from a nursling, and if so, how did it affect your nursing relationship?